We know our Huskies so much but they can be kind of weird sometimes. Sometimes they do things and we have any idea why. We just brush it off as dogs behaving as dogs, However,  have you ever wondered why they actually do these things?

You’ll realized that there are some Huskies that love to eat grass every now and again even though it makes them throw up. Though it may seem unhealthy, Huskies might do this to get a better digestion, treat intestinal worms, or fulfill a nutritional need like a lack of fiber. 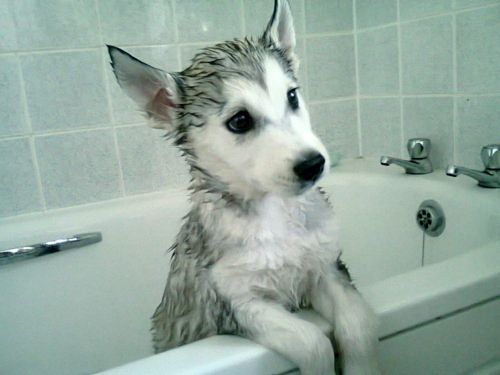 Your Huskies  can get a bit hyper after a bath because they are so happy to be out of that bath, belive it or not. They may shake, rub, and run around just to get dry and rid of the sensation of being wet.

3) Head Out of the Window in the Car

Huskies stick their head out the window so that they are closer to their surroundings and can be fully immersed in this new environment they are seeing and feeling.

Huskies shake hands… dogs sniff butts. A Husky sniffing another’s butt is a dog’s way of saying “Hey, how ya doing? Nice to meet you.” It’s how they get to know you. Their sense of smell is 10,000 times stronger than a human’s and scent can tell a lot about a person, especially when it’s from an area as smelly as a butt. 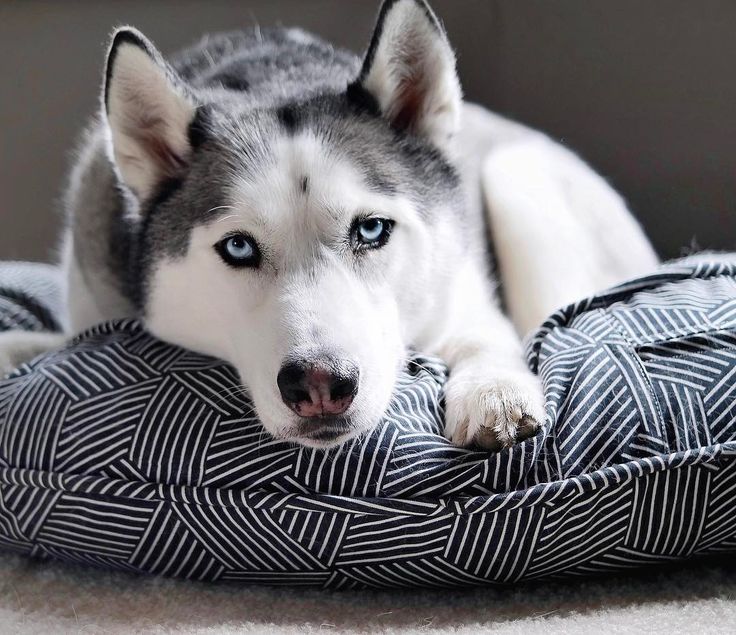 Your Huskies isn’t just being a leering weirdo, he wants a treat or just some affection from you. 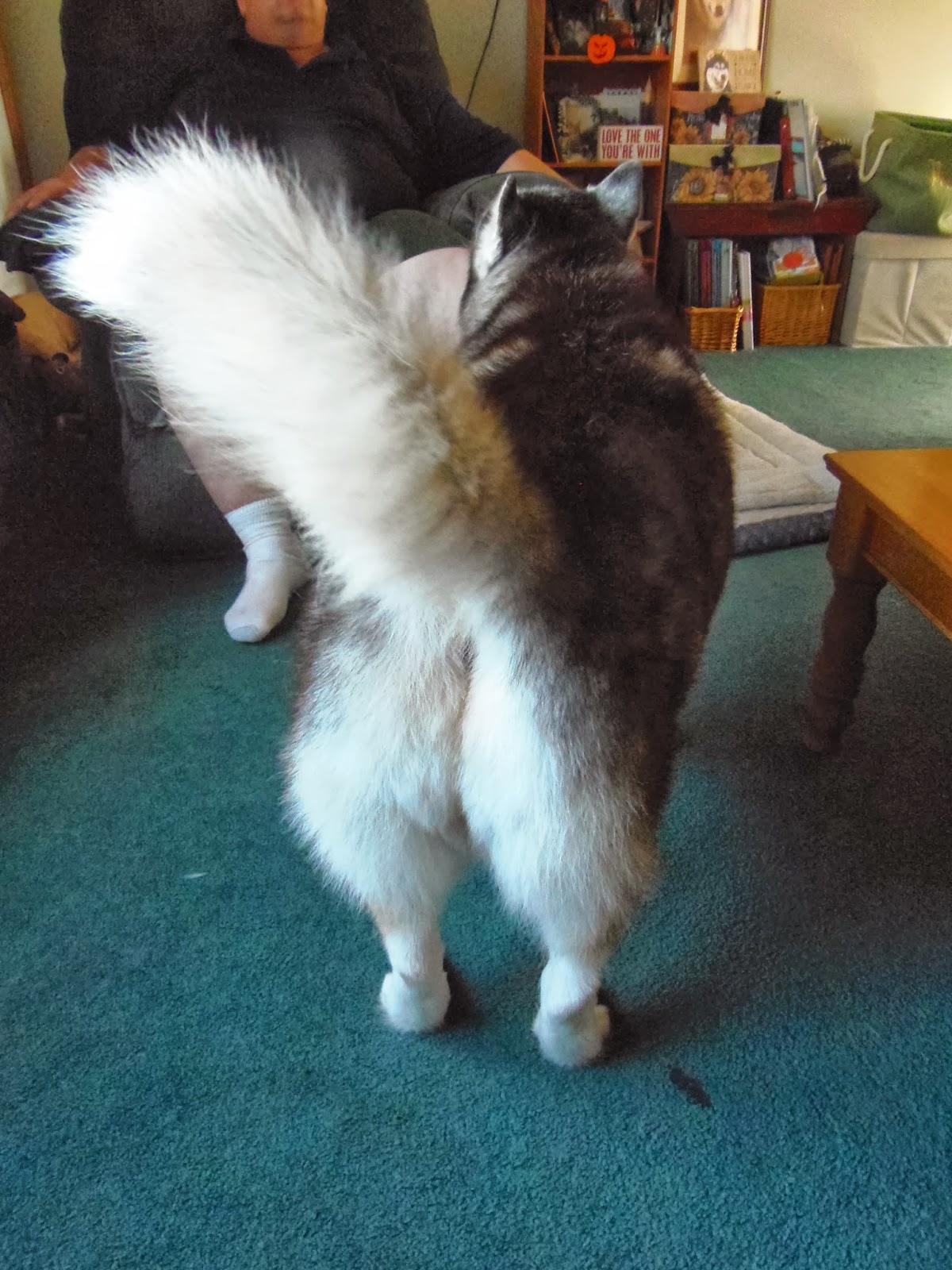 This could be a sign that your Husky has a dirty butt and is trying to get it clean.

This behavior can actually be caused by many things, such as your Husky is in a tight space where the movement is restricted, that they are bored, they have fleas, not knowing what their tail is if they are a puppy. 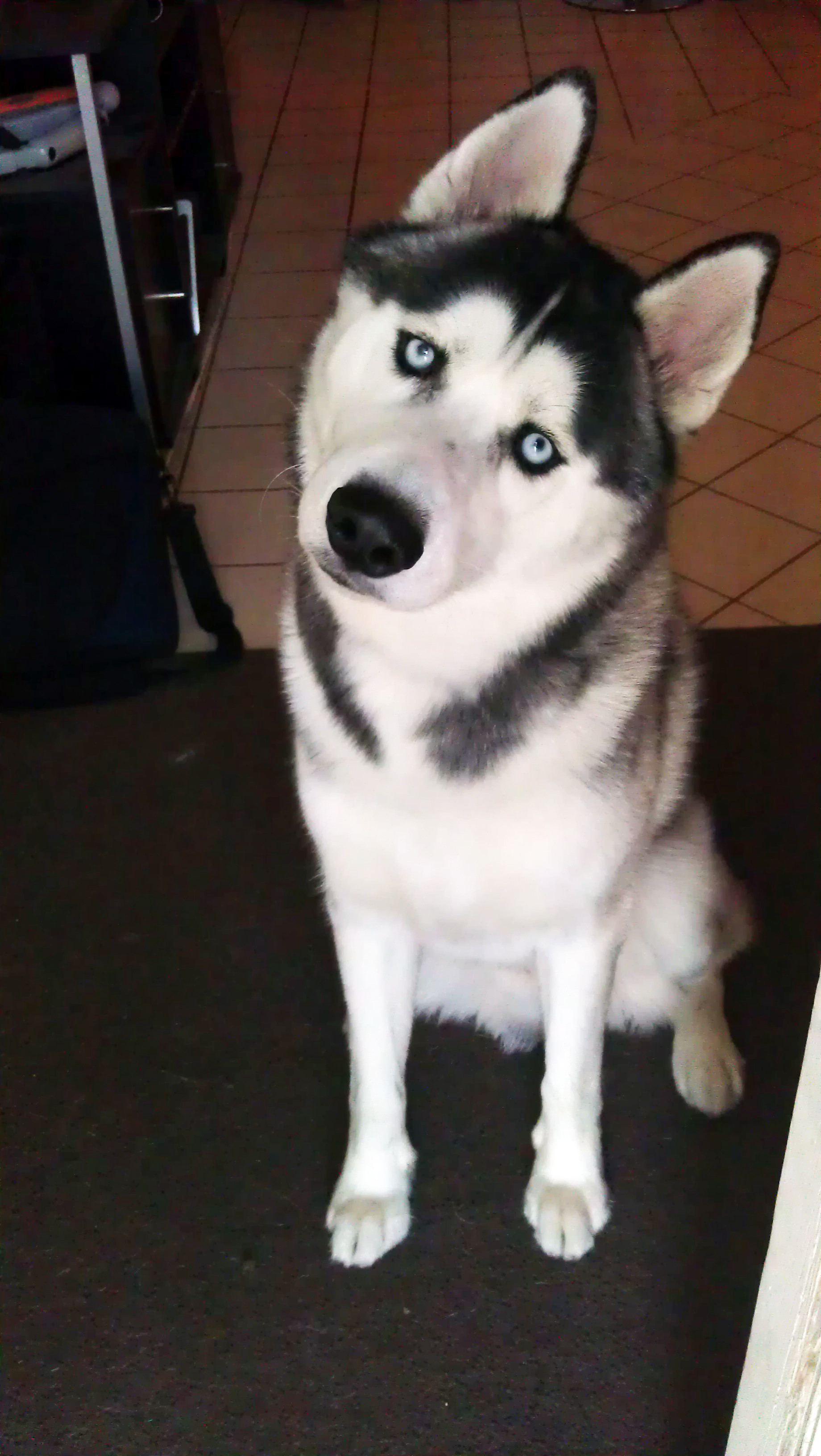 It’s not that your Husky doesn’t understand you or what you are saying. It’s that they can’t hear you. Experts say that dog’s tilt their head to adjust their outer ears so that they can get focused on the location of sounds.